I was music director of the CNE Grandstand Show from 1953 to 1968. Since this is my first blog post of the Canadian National Exhibition series, I thought I’d give you an introduction, and explain the events that lead to my being chosen for this wonderful job.

Prior to my arrival, the Grandstand Show was practically an all-American production. The stars, producers, choreographers, lighting designers, etc., were all Americans. The only Canadians in the show were pit musicians and backup singers.

Toronto’s new mayor, Alan Lamport, who always had a strong opinion on how things should be, was not at all happy with that arrangement. In 1952, he set out to change the spectacle into an all-Canadian production, with the only American being the star headliner. “Lampy” consulted his experts and was directed to Jack Arthur (vice-president of Famous Players Canada) as the man who could bring a show like that together. Though Jack was eager to get back into producing, he planned to keep his position at Famous Players for the first few years “just in case”. (So it wouldn’t appear that he had two jobs, I heard that his salary for the first year at the CNE was one dollar.)

With the move to the new format, they were also looking for a new music director for the 1953 season. It so happened that the assistant producer under Jack Arthur was Jackie Rae, who happened to be a good friend of mine. He was also the producer of three of my CBC radio shows, so he knew my work very well. It was because of the recommendation of Jackie Rae that I came to be music director of the CNE Grandstand Show. (If the surname sounds familiar, it is because Jackie was the uncle of former Liberal Party leader, Bob Rae.)

I am forever grateful to Jackie for recommending me. He was a great human being and I miss him.

In my next post I’ll write about what I think is one of the most important parts of the whole Grandstand spectacle — the orchestra!
You can find that post (here) 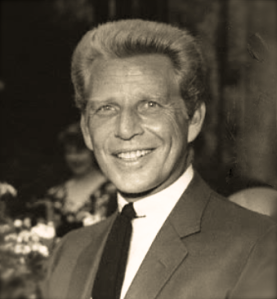