The year was 1953 and I had just started my new role as music director of the CNE Grandstand Show. My very first task was to hire a new orchestra. I knew these musicians would have to be first class because of the tight time demands that would be placed upon them.

Rehearsals for the performers began in mid-July, giving them a month to get it right. But because the orchestra was large (61 players), there would be a high cost attached to each day of their rehearsal. To keep expenses manageable, the orchestra was brought in only 4 days before opening. Therefore, I needed top players who could sight read quickly and form into sections smoothly. Today, getting the best players all together in one summer show would be almost impossible, because they would be booked elsewhere. But two things played in my favour back in the 50s and 60s: The Toronto Symphony contracts didn’t cover the summer months, and studio work was mostly in hiatus. The best musicians in town were available for me to hire – and the resulting ensemble was spectacular.

How good were these men? The American agents (and the stars they booked for us) named it the best light orchestra in North America!

One thing that did not sit right with me at the beginning was the way the musicians were credited (or rather, NOT credited) in the Grandstand program. The audience could read the names of almost everyone involved in the show – the dancers, the vocalists and in one case, even the supplier of Jimmy Durante’s hat! But the musicians were only listed as “The CNE Grandstand Orchestra.” For players as fine as these, I had to get this changed.

Today, 60 years later, I still have a few old programs. The image below (from approximately 1956-57) shows how the musicians were finally listed.

Do you recognize any of these great players? Leave a comment below if you have a memory to share about any of them.

The Imperial Room At The Royal York

From 1974 to 1986, I was music director of the Royal York Hotel in Toronto.  I was mainly responsible for the Imperial Room, a 400-seat dining room featuring nightly dancing and a cabaret-style stage show. We were considered the last great cabaret in Canada (and the second last in North America, after San Francisco).

I fronted a nine-piece house band, to which we added players as needed. For example when Ella Fitzgerald performed, we needed eighteen musicians; Tony Bennett required an orchestra of twenty-four.

The house band consisted of:

Additions to the house band (as required):

During my 13 year tenure, many stars were featured – a new one each week. Our performers included Broadway stars, movie stars, legendary singers of the Big Band\Swing era, television personalities, R&B acts, and more.  Almost all of the big names of the 70s and 80s played during that period. Although the list is quite long, over the course of this blog, I will try to write at least something about each of them.

I often get asked the question, “Who was your favourite performer of all of these?” My reply without hesitation is: Ella Fitzgerald.  So it is only fitting that my first Royal York performer post will be a fond memory of the great lady of song. 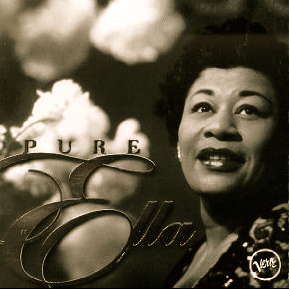 In a previous post, I spoke about my first band, “Howard Cable and His Cavaliers” and the fact that I  have only one photo of all the members of the band together. This weekend, while searching through the archive, I found a second photograph from this time period.  In it are Frank Wiertz (note his initials on his drum) and I with our female vocalist, Audrey Moody.  She occasionally joined us to sing the ballads.  We had a second vocalist, Fred Wilmot, who did the scat singing.

Smoking Hot Charts! — But not in a good way.

Put four eager young musicians into their first band and what do they want to do??  Play every club that will have them!  And so it was with “Howard Cable and His Cavaliers.”

After playing our first few gigs, word got out that we were “dance-able.” We were booked for dances in Toronto and Kitchener, and then secured a steady summer gig at the Georgian Pavilion in Honey Harbour. We played 3 nights a week, and because this beautiful part of Georgian Bay attracted many vacationers, the dance hall was always busy. We were thrilled that the job lasted three whole summers (1937, 1938, 1939).

I just loved to get together and play music, so when the job ended I organized a rehearsal band in Toronto. One of the musicians in it was Murray Ginsberg, and I’ll share with you the very kind words that he wrote in his book, “They Loved To Play”:

“In 1939, when he was 19 years old, Cable organize a rehearsal band which met every Sunday on the third floor of Selmer’s Musical Instrument Store on Shuter Street, across from Massey Hall. Most of the players were teenagers or in their early twenties . . . . . We were all eager to try Howard’s new arrangements, which bore strong Duke Ellington influences. Those were exciting times. Cable’s energy and passion to rehearse and learn from his musical ideas—to see what worked and what didn’t—was infectious. Each new arrangement was a discovery – a touch of the Duke’s ‘Jumpin’ Punkins’ and ‘Jack The Bear’, a whiff of Charlie Barnet’s ‘Cherokee’.  The rehearsals ended much too quickly and we couldn’t wait for the next Sunday to roll around.”

In my opinion, Ellington was the finest musician of the Big Band/Jazz Era and I wanted to be like him. I wasn’t writing charts for the band because I thought I was good, but rather because I knew I wasn’t. This hands-on experimenting was one way I knew would help me grow to the arranger I wanted to be.  I spent the whole winter writing for this group.

At the beginning of the summer of 1940, the “Cavaliers” got a booking at Balm Beach near Midland. We opened at the end of June and one week later, on July 1st, the Chateau Gai Pavilion burned to the ground.  We lost everything.  All of our instruments and all of my charts (I had written several dozen by then) went up in smoke. We returned to Toronto penniless.

Shortly after our return to Toronto, I got a call looking for a trumpet player and pianist for the band at Beaumaris Yacht Club on Lake Muskoka.  My friend Fred Davis and I grabbed it! We stepped right into a scene from the Great Gatsby – except this wasn’t a book, this was real life.

I’ll tell you all about it in my next post (which can be found here in Part 3 of 3).

When I was a teenager, Big Band music was in style!  Dance clubs were filled with the driving sound of Swing, and young men would take their ladies out for a night of some real Fred & Ginger style, cheek-to-cheek dancing.

But I was a musician, not a dancer, so I loved to go out and just listen to the Big Bands. I frequently did so with my friend and schoolmate, Fred Davis.*   From my home in Parkdale, it was a short walk down to the Palais Royale on the waterfront. There we would be treated to the sounds of great bands like Tommy Dorsey, Jimmy Dorsey, Charlie Spivak or Woody Herman – LIVE!

We could not go inside the Palais — not so much because of age restrictions, but rather, because we didn’t have ladies. In those days it was understood that these dance nights were couples events and young bucks like us could not just wander in unaccompanied.

That did not matter to us. The stage could be seen through the big windows, and with the hot summer weather those windows would be open, allowing the magnificent sound of Swing to stream out loud and clear.

As I stood in the night air and took it all in, the sound energized me so much that I thought to myself, “I’d like to DO this”.  So I turned to Fred and said, “I think I’ll form a band.”

“Well you’ll need to play a horn.  Which one do you want to learn?”

I recall that he was fond of listening to Bunny Berigan, so I was not surprised when he chose the trumpet as his instrument.  He bought a “10 Easy Lessons” book, and with some mentoring from Ellis McLintock, he soon became my trumpet player.  With the addition of Frank Wiertz and Harry Dowton, I formed my first dance band, “Howard Cable and His Cavaliers”.  That was 1937.

Our first gig was a commencement dance at the Argonauts Rowing Club on Lake Shore Boulevard. I’m not sure as teenagers if we sounded particularly great, but we certainly looked the part.

The accompanying photo is the only one I have of this band. It is one of the few times you’ll see me without a moustache.

Howard Cable and His Cavaliers 1938